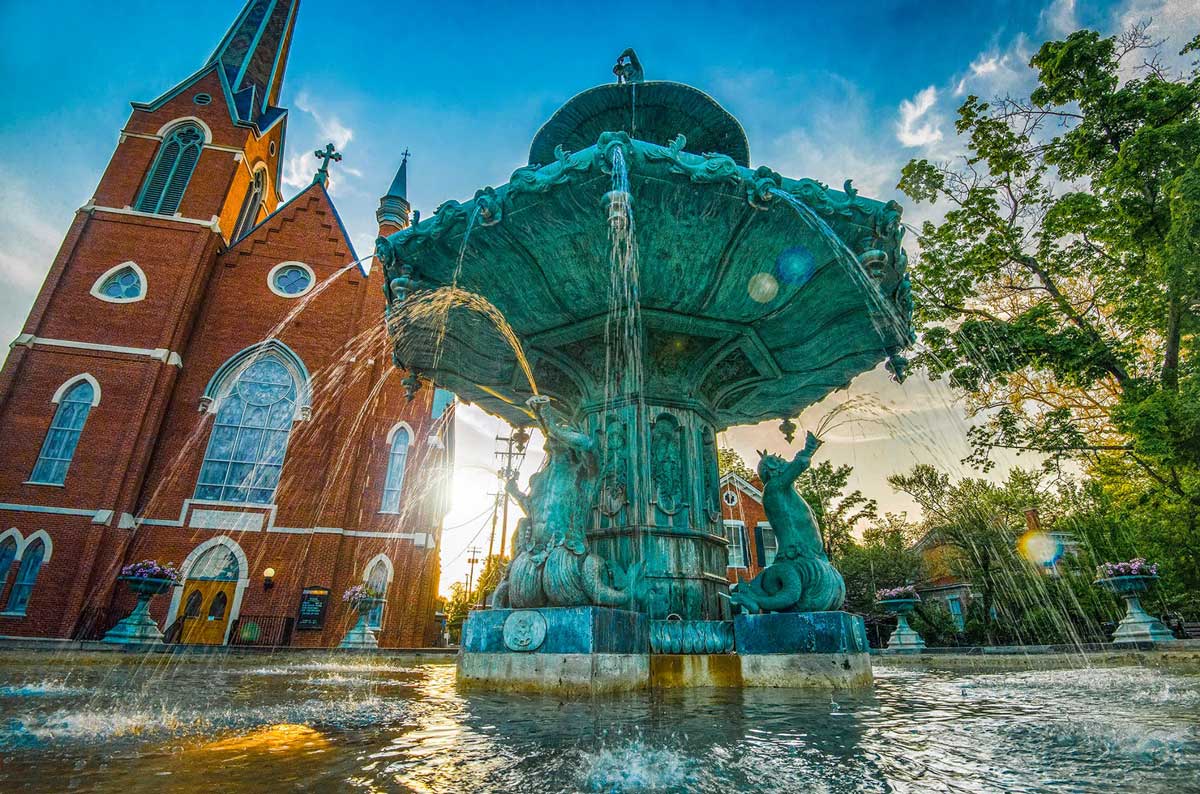 This ornate fountain is one of only four remaining of this style in the world.  Originally exhibited in Philadelphia in 1876, it was presented to the city in 1886 by the Independent Order of Odd Fellows.  Originally cast in iron it was recast in bronze to commemorate the nation’s bicentennial in 1976.