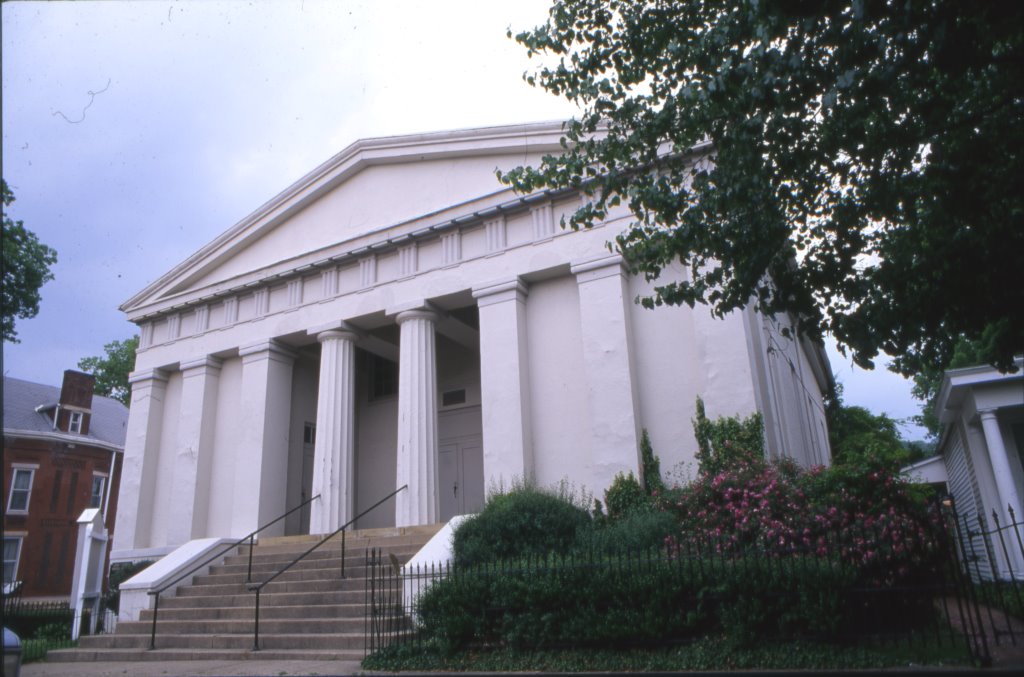 Built in 1835 the former Second Presbyterian Church (now the John T. Windle Memorial Auditorium) is considered the oldest community building in Madison.  Church trustees, including Jeremiah Sullivan and J.F.D. Lanier hired Edwin Peck to design the building.  It is a fine example of the Greek Revival style of architecture.  The brick structure is covered with a thin veneer of white stucco scored to give the appearance of large cut blocks of stone in imitation of an ancient Greek temple.  A high foundation with 11 steps leads to the main level further contributing to its temple-like appearance.  The sanctuary features the church’s original 1867 Johnson tracker organ which was used during services until 1961 and restored in 1984. The instrument includes all its original parts, components, fixtures, accessories, and wood pipes inscribed with the names of prominent Madison individuals.  This structure later served a Lutheran congregation, a funeral home, the Chamber of Commerce and the offices of Historic Madison, Inc.  Tours by reservation only.  Call for availability.

Tours by appointment/reservation only two weeks in advance for this site.

For groups of 10 or more, museums are open year round. Minimum 2 week advance registration required.