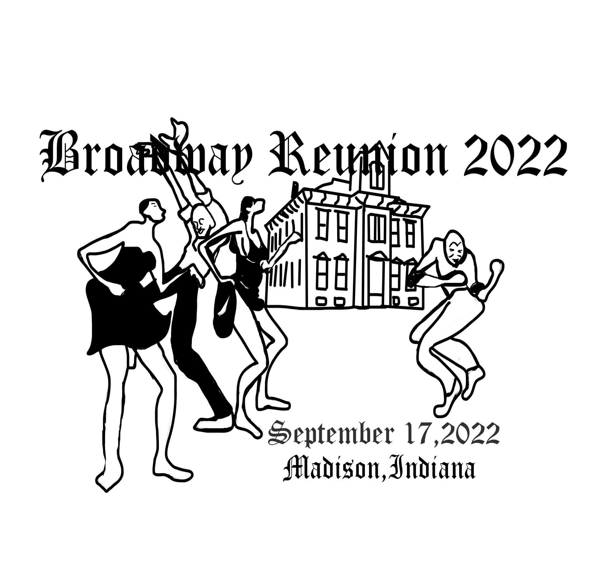 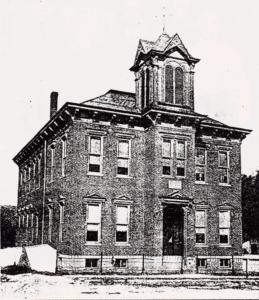 “Broadway High School was the first commissioned high school for colored in Indiana” according to Grant S. Murray, Principal of the Broadway School from 1914-1917. In the September 6, 1880 edition of the Madison Courier, the newly opened school was described as follows: “43 by 43 feet, two stories high, containing 4 model school rooms, two up and two downstairs, with hall running across the entire front, and a door at each end of the hall, the main entrance being fronted on Broadway with stairs at the right and the left. The building was made of brick with a belfry 14 feet high.” In 1898 a new front was added to the building. Mr. James H. Blassingham was the contractor and builder. In 1957, the school was integrated with Madison Consolidated Schools. It served as a community center for a time, then on New Year’s Eve 1969, according to Fire Chief Harold Lohrig, quoted in the Madison Courier, “The old Broadway School was definitely set on fire.” Damage was so extensive to the building that it had to be taken down. Where once a proud and distinguished piece of history stood, there is now a small park named in honor of Rev. S.M. Gaines with only a stone placed with the date “1878” to mark its passing.”

The school produced notable teachers and graduates who went on to contribute throughout the United States.

It is the desire of the 2022 committee to continue the memory of the school, honor Broadway alumni and add to the legacy of the school many attended prior to integration.  Committee members include Nathan Davis, Phillip Cosby, Monica Brown, Tim Perry, Jill Kelly-Koren, Tomeka Livers and Sue Livers.

Everyone is welcome to bring a chair and sack lunch and  join in the celebration.